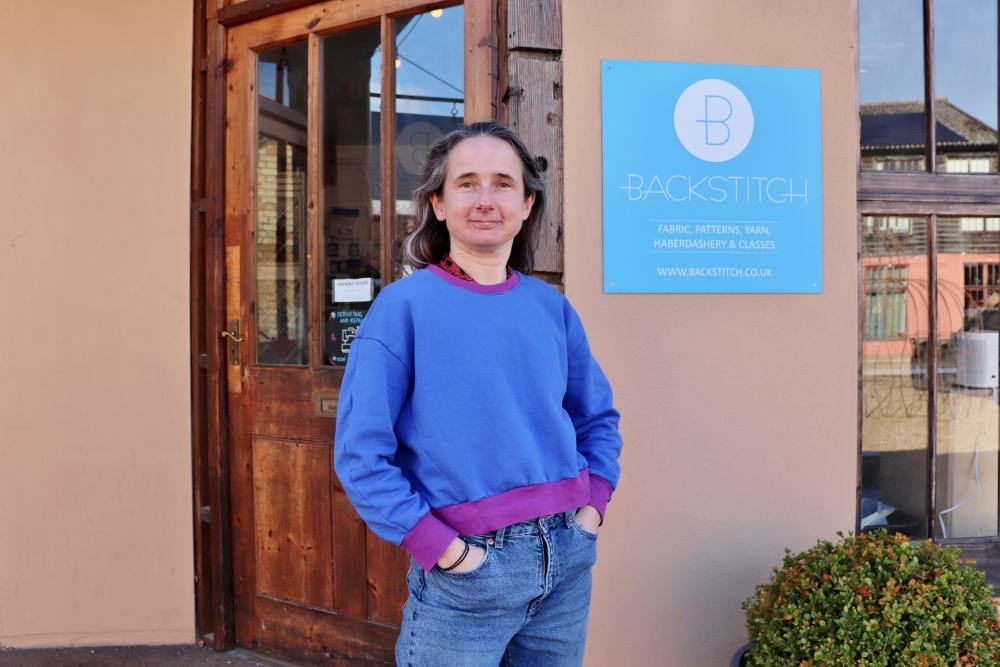 Did you see my fluffy jumper of dreams?  I made the Mile End sweatshirt from Closet Core Patterns in the most incredible fluffy fabric.  It was a super quick and satisfying make, and I liked the fit, but the details were lost in all that fur.  So, I needed to make another version of the same but in classic sweatshirting fabric.  That’s where this jumper comes from. 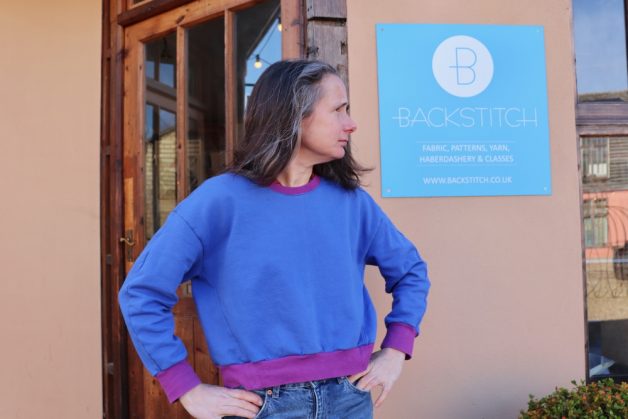 When choosing cuff fabric for sweatshirting, the ultimate choice is often not the one you would expect.  I think a contrast can often look much better than a match, and snazzier for sure.  The Mariner blue is a favourite of mine (can’t go wrong with blue) but the plum cuff was a surprise… a happy surprise! 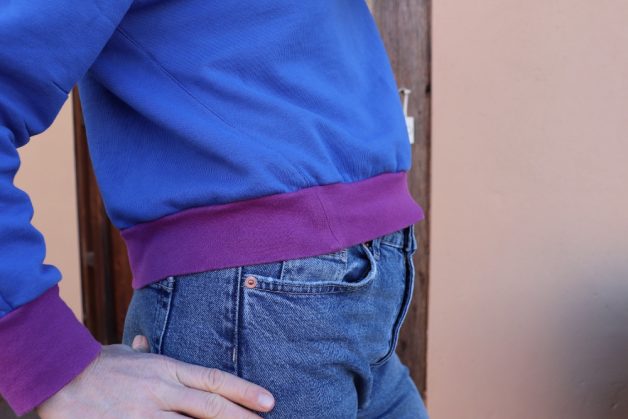 The sweatshirt came together quickly and I opted to do the top stitching in a pink thread.  I made a bit of a hash of it to be honest, but if I move quickly, and I usually do, you can’t focus long enough to see it.  The sweatshirt fleece showcases the pattern details such as the diagonal seam, back yoke and sleeve darts.  These were what was lost in the fluff of the last one. 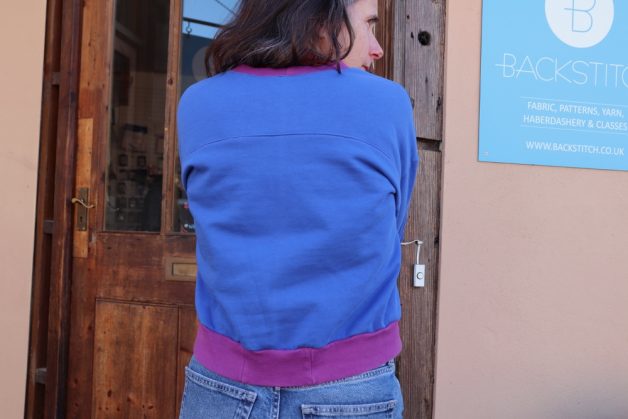 I have already worn this jumper almost to death, which basically means I've eaten numerous TV suppers in it, and washed up wearing it, and scrambled in the loft in it.  So, it's already showing a few battle scars, so more must be made which is fine as I have found a new favourite sweatshirt pattern. 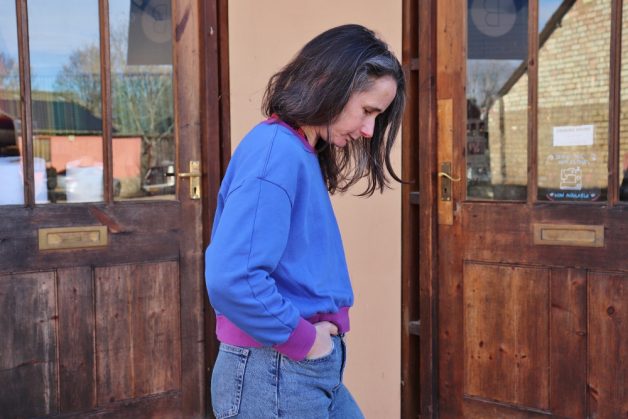 Adjustments: The plum cuff was too narrow for the waistband so I had to put a panel in the back.